We are proud that our firm has become an institution where many notable legal practitioners, jurists and judges have over the years cut their teeth in the practice of law. 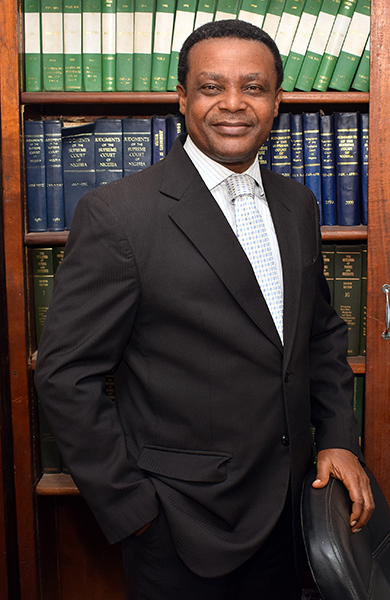 Mr. Nicholas Akintola Ladapo is the principal partner of the Chambers.

He is a former Solicitor General and Permanent Secretary, Ministry of Justice Oyo State of Nigeria. Mr. Ladapo obtained his law degree from the University of Lagos in 1978. He was called to the Nigerian Bar and admitted to practice as a solicitor and barrister of the Supreme Court of Nigeria in 1979.

Mr. Ladapo started his career in the practice of law in the Chambers in 1982 and has since been in active legal practice. Between 1982 and 1984 he served as Company Secretary/Legal Adviser to Punch Nigeria Limited, Kupic Nigeria Limited and Renta-Color Nigeria Limited. In March 2003, he was engaged as a director by the Oyo State Ministry of Justice. While in Government service, he served in various capacities including as Director of Legal Drafting and Ministerial Counseling, Director of Civil Litigation and Advisory Services, the Director of Public Prosecution, Director of Legal Services, Director of Mediation Centre and Acting Permanent Secretary of the Ministry of Lands of Oyo State. He retired from Oyo State Government Service in 2012 as Solicitor General and Permanent Secretary of the Ministry of Justice.

Mr. Ladapo is the Principal Partner of our Chambers. He brings his vast experience in legal practice coupled with his experience as in-house counsel and in public service to bear. His areas of expertise are in Civil and Commercial Litigation, Property and Real Estate, Arbitration and ADR, International Criminal Law and Human Rights Law.

He is a member of the International Bar Association, Commonwealth Lawyers Association and British/Nigeria Law Forum. 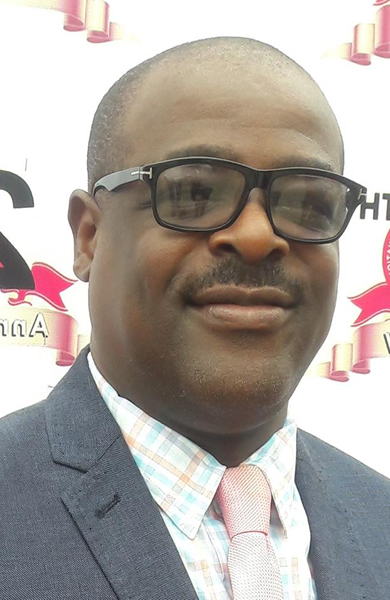 Mr. Fred Ladapo is a partner of the Chambers.

He obtained a Bachelor of Arts (Hons.) degree at the Obafemi Awolowo University in 1987 and a law degree from the University of Leeds in 1992. He was subsequently called to the Nigeria Bar in 1995.

He was formerly Company Secretary/Legal Adviser to Wema Securities & Finance Plc and AIICO Pension Management Ltd. He also served as the legal counsel to the Senate Committee on privatization in 2000. Otherwise, he has been in active legal practice at the Chambers where he started his career in 1995.

His areas of expertise are Banking & Finance, Capital Markets, Pensions and Insurance, Oil and Gas, Civil and Commercial Litigation, Admiralty and Maritime Law and Property and Real Estate. 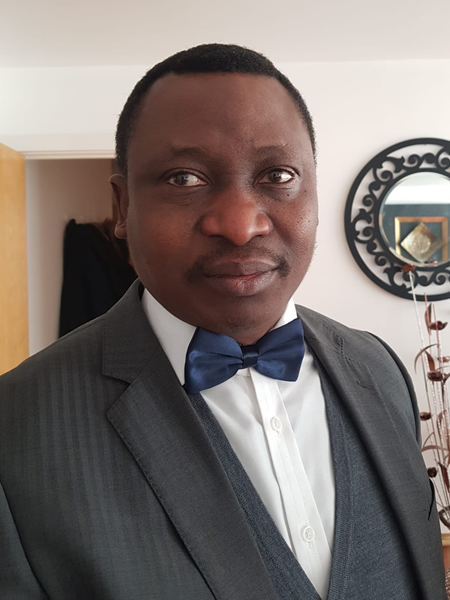 Mr. Oladepo Abiodun is the Head of Chambers and has been at the Chambers since 2001.

Mr. Oladepo Abiodun has been in active legal practice since 1999 and has practiced in both Nigeria and the United Kingdom.

He is a member of the International Bar Association, Commonwealth Lawyers Association and British/Nigeria Law Forum. 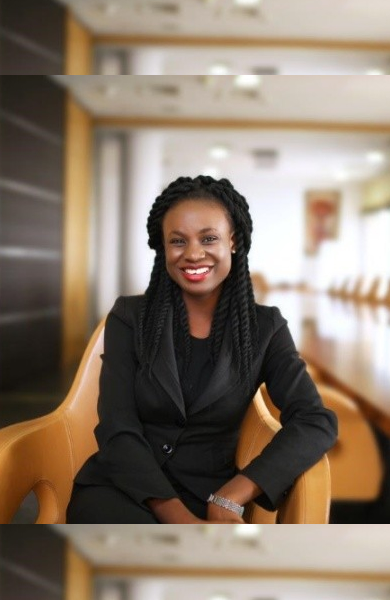 Mobolaji Ladapo obtained her degree from the University of Lagos and was called to the Nigerian Bar in 2014. She obtained her Masters degree in Corporate, Securities and Financial Law from the Georgetown University Law Centre, Washington, USA. She has provided advise to foreign investors and startups on the legal requirements for their operations in Nigeria.

She worked with Olaniwun Ajayi in Lagos between 2014 and 2017 before proceeding for her Masters program. 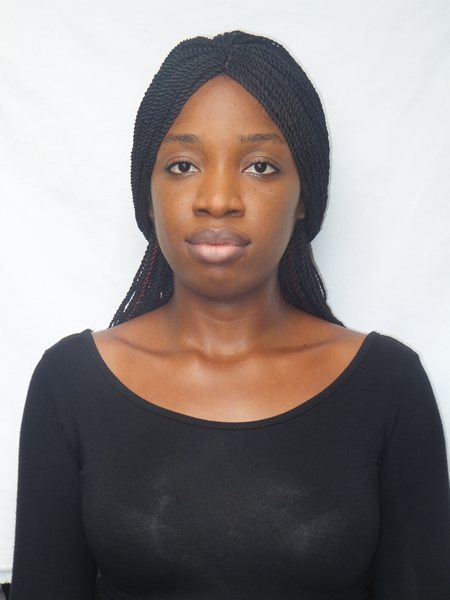 Oluwabusayo Onabanjo obtained her law degree from the University of Lagos in 2015. She was called to the Nigerian Bar as a Barrister and Solicitor of the Supreme Court of Nigeria in 2016. She is also an Associate Member of the Chartered Institute of Arbitration U.K(Nigerian branch).

She observed her mandatory National Youth Service Corp (NYSC) as a Legal Research Officer in the Ministry of Justice, Ekiti State and started her career with the law firm of Chief Ladosu Ladapo (SAN) & Co. 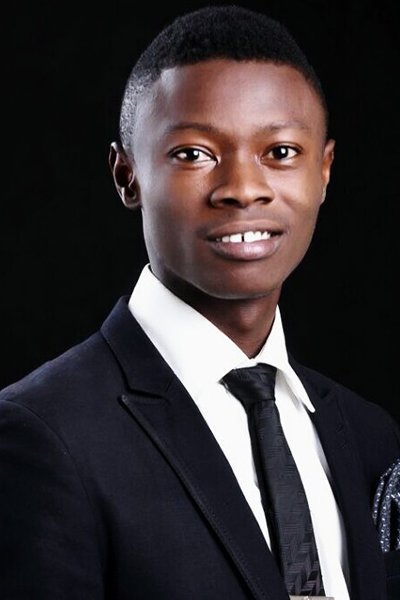 Akinade Gbenga Adesokan Esq. is a young, amiable and vibrant lawyer with an unquenchable thirst for knowledge and improvements.

He has represented the interests of several clients in different courts including the ENDSARS Panel otherwise known as Panel for Restitution For Victims Of Police Related Abuse and Other Matters.

He became an associate in the law firm of Chief Ladosu Ladapo (SAN) & Co. out of his desire to expand his knowledge on various aspects of the legal profession particularly in the aspects of Corporate and Company Law Practice, Intellectual Property, Real Estate Management, Legal Research and General Litigation. 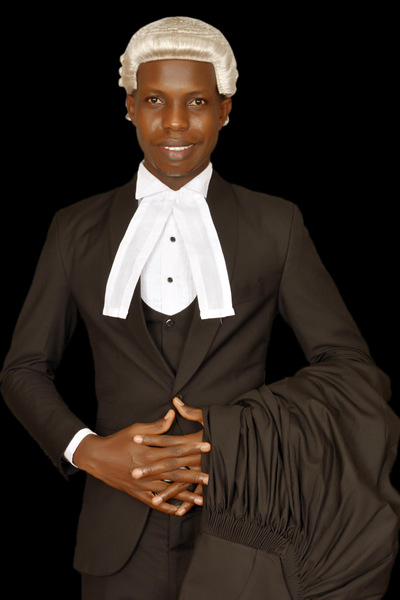 Benjamin Tomoloju is an excellent Dispute Resolution and Commercial Lawyer. He is a graduate of Obafemi Awolowo University and was called to the Nigerian Bar in 2019. He graduated with a Second-Class Upper Division at University as well as at Nigerian Law School.

Before joining the team at Chief Ladosu Ladopo San & Co, Benjamin had a rich legal experience at Olisa Agbakoba Legal, Lagos where he did his internship. He also worked at Trust Solicitors where he advised clients on the provisions of the extant corporate laws as they relate to incorporation and post-incorporation matters and necessary filings, on various commercial transactions and represented Clients before superior courts of record.

He demonstrates his experience and knowledge by regularly advising Clients on complex transactions in Litigation, Real Estate, Property law, Corporate and Commercial sectors. 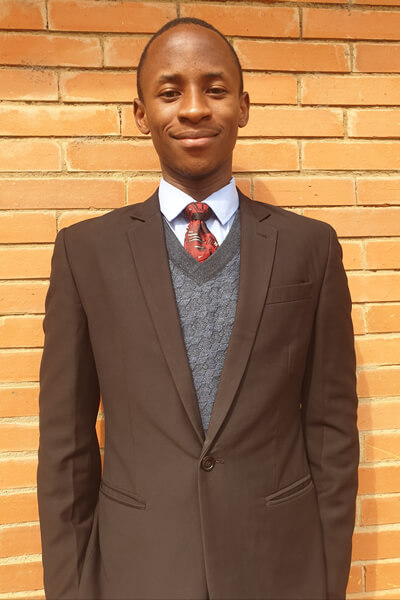 Zulhad Anda Aliyu is an astute lawyer poised for distinction in legal practice.

He obtained his law degree from Usmanu Danfodio University, Sokoto in 2018 and was called to the Nigerian Bar in 2020 following the completion of his Bachelor of Laws at the Yenagoa campus of the Nigerian Law School.

He joined the law firm of Chief Ladosu Ladapo (SAN) & Co. on the back of an educative and expository National Youth Service Corps (NYSC) spell where he developed interest in Corporate and Company Law Practice, Intellectual Property, Real Estate Management, Legal Research and General Litigation. 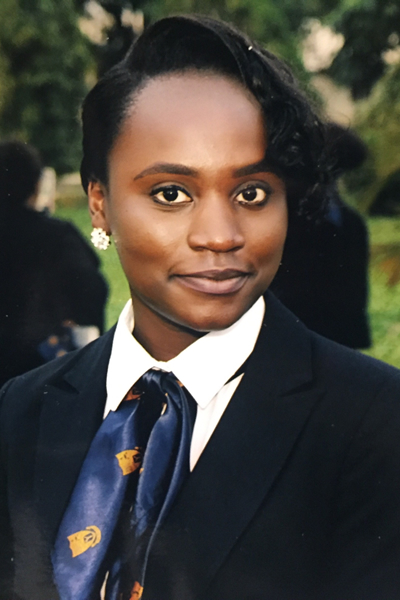 IfeOluwa Jaiyesimi Esq. is an inquisitive student of life. She is diligent , focused and consistent.

IfeOluwa studied at the reputable University of Essex, United Kingdom, where she was awarded with her Bachelor of Laws Degree at her graduation in 2018. Subsequently, she attended the Nigerian Law School, Abuja campus and was called to the Nigerian Bar in November 2019.

She completed her one year mandatory National Youth Service at the High Court of Oyo State, Ring Road, Ibadan, and was retained for an additional year due to her impeccable performance as a Youth Corper. She embarked her legal career as a legal research assistant to a High Court Judge and is an excellent legal researcher. She joined the firm of Chief Ladosu Ladapo & Co (SAN) in 2022.

Her legal areas of interest include Civil and Criminal Litigation, Law of Evidence, Commercial Law and Medical Law and Practice.

Any question about a judicial issue?

TALK TO AN EXPERT